4 Things You Must Know About Female Condoms 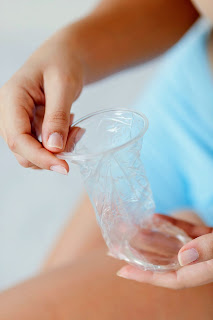 Female condoms (also known as internal condoms) in the past, were not all that admirable for sex due to how expensive they are and how uneasy they can be during coitus.

Nowadays, the new female condoms have been transformed into a version know as FC2 (meaning female condom 2). They are very cheap to buy and does not cause any unwanted issues  during sex.
Plus, they have received positive reviews from numerous health experts and females who have worn them during sexual intercourse.

You may have heard of a female condom before but you do not know a lot about it right? Well, here are five simple things anyone including you must know about them (female condoms):

2. As compared to male condoms, female condoms are known to significantly increase pleasure during sexual intercourse.
The increase in pleasure does not go for just one party; it goes for both partners engaging in the sexual activity.

Unlike the male condoms, female condoms are known not to be felt by both male and female during sex. This is often referred to by both genders as the main reason why it increases sexual pleasure.


3. Female condoms are known to be very effective in preventing pregnancies and STIs.
Female condoms according to several health experts, are better than male condoms in terms of protecting oneself from Sexually transmitted infections (STIs) and unwanted pregnancies.
One amazing thing about female condoms is that, they can be inserted into the vagina a few hours before sex.