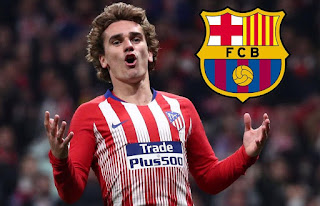 According to several trusted sources including Mundo Deportivo, the Atletico Madrid Striker is highly interested in joining FC Barcelona.
FC Barcelona showed their interest in signing Griezmann last summer but it could not work out. Later, documentary — in which Griezmann himself said that he turned down the offer from the Spanish giants, FC Barcelona — popped up.

Now the popular Atletico striker is said to be pushing really hard for the move. He truly desire to play for Barcelona this time.
SPORTS