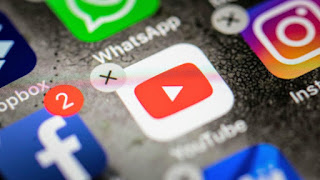 "Violent contents on various social media platforms" has been one of the trending topics for sometime now with extreme or in other words harsh laws been implemented by certain countries to counter the problem.
Well, Australia has move their law to whole new level. Their law at the moment is the toughest.

They have made it clear that, the executives of social media platforms would be jailed if they fail to get rid of violent contents on their platforms. It did not just end there, they also made it known that the companies incharge of the platforms would be fined as well.


The amendment was passed in the parliament of Australia on 4th April, 2019.

The Australian parliament introduced the law as a response to the extreme-shared livestream of the Christchurch terrorist attack.

According to Scott Morrison, the prime minister of Australia, the huge social media companies should make sure their tech products are not misused by dangerous terrorists.
TECH