LG is making waves at the moment, thanks to their new 8K OLED. It is the first of it kind. 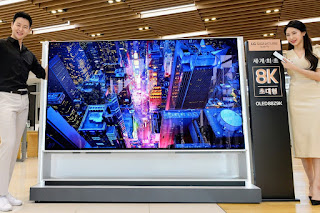 At the moment, there no 4K contents available in the world so LG has planned to address the situation by relying on its second generation Alpha 9 8K processor that uses intelligent algorithms to increase the resolution of images to a higher one.

According to LG, the price of this luxury TV is 50 million won, which is equivalent to $42,000.
In the third quarter of this year 2019, It would probably go on sale in Europe and North America.
TECH