Dr. Marijuana Pepsi's name was given to her by her mother at birth. She has refused to change it till now. 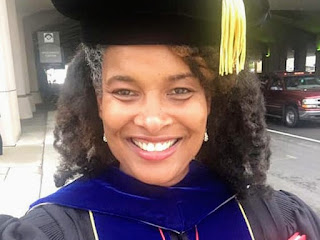 At the moment, she is a proud holder of a PhD in education leadership which was earned from the Cardinal Stritch University of Wisconsin. She apparently graduated in May, 2019.

Dr. Marijuana received a whole lot of pressure from almost everyone around her to change her name but she refused.

According to her, she has grown into her name because she is a strong woman.

She has been mocked, bullied and criticised by bosses, peers and teachers; these literally had an influence on her academia.


Dr. Marijuana Pepsi is a married woman who works at a small liberal arts college in Wisconsin. She is currently living with her husband in Illinois.

She is into real estate as well. She uses "MP Vandyck" on her signs so that teenagers would not destroy her "For Sale" signs.

According to her, she has never drunk a Pepsi and has never smoked weed.