on June 28, 2019
Mo Salah, an Egyptian player who currently plays for Liverpool FC, suggested that a teammate of his who has been accused of sexual harassment, should be given a second chance. 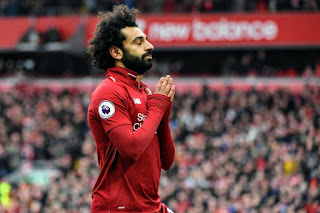 Salah, in April 2019, told Time magazine that the Middle East really has to change the way it treats women.
But in a tweet by him on Thursday (27 June 2019), he seem to be literally defending his accused teammate,  Amr Warda.
And that has earned him a whole lot of criticism.

Amr Warda was initially excluded from the Egyptian football team that is currently playing in the 2019 Africa Cup of Nations (Afcon) by the Egyptian Football Federation (EFA) after several women came forward with the harassment allegations.

But after a video of Amr Warda, apologising and promising not to repeat such incidents, surfaced on Twitter, the EFA reversed its decision and made it clear that he can compete in the tournament.