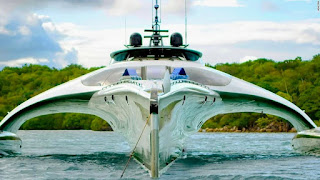 The $15 million superyacht, Adastra, which can be controlled with an iPad is up for sale.

It is apparently owned by Anto Marden, a billionaire shipping magnate, and was created by John Shuttleworth.

In the year 2013, Adastra won several design awards including "Most Innovative Design" at the World Superyacht Awards.


The superyacht has aerodynamic wings that enhances it to move swiftly on water.

Only 20% of the yacht is submerged in water; this greatly reduces drag when it is moving and also lowers it fuel consumption to just 14% as compared to traditional yachts with similar specs. 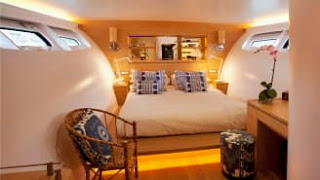 The superyacht features an open-air bar, five bedrooms and four bathrooms. It can be controlled 164 feet away with an iPad.