On the 4th of July, a young white boy tried to stop his father from calling  police on a black man but he did anyway.
The black man was apparently waiting for a friend of his at a San Francisco apartment building.

The black man, Wesley Michel, literally recorded everything that happened between him, the boy and the boy's father.
He later posted the video on Facebook and it has gotten over 1.3 million views already. 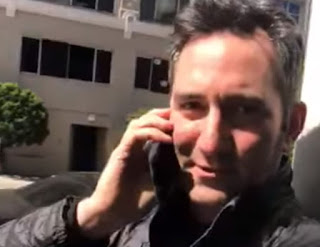 The boy, in the short video, was heard pleading with his father not to call the police on Michel but his father decided not to listen, insisting that Michel is a trespasser in his building.

Michel, who is a 35 years old software engineer, said he videotaped the whole situation to protect himself and to support his story should the police get involved.

Sadly, this is what African Americans goes through everyday and we all hope it changes sooner than later.
HUMAN RIGHTS