Difference between Visa and Passport

on July 02, 2019
Visa
A visa is a granted official permission that allows an individual to enter into a specific country. A visa request is always granted by an official of the government of the particular country which you would like to visit.

Visas are often stamps in a travelers passport. They can be in a form of a separate document as well.

There are numerous types of visas including a tourist visa, business visa,  temporary worker visa, student visa and many others.


Passport
A passport is an official document provided by the government of a nation.
Passports are to attest and confirm the nationality and identity of a person.

Name, date of birth, place of birth and sex are some of the key informations a passport contains.


Difference Between Visa And Passport 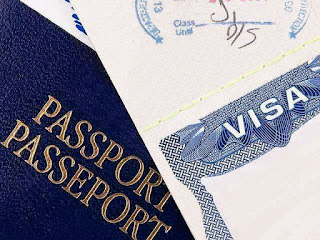 Visa is a granted official permission that gives a person the right to temporary stay in a foreign country whilst a passports on the other hand, is a document that confirms an individual's identity during travels.