Tottenham to pay Mourinho twice as much as Pochettino


Just a few hours after Tottenham Hotspurs sacked Mauricio Pochettino, Jose Mourinho immediately popped up to be his replacement. 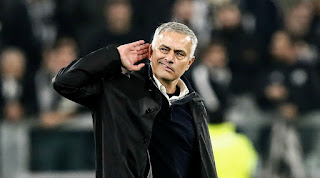 Surprised that Pochettino was sacked? Well, most sports analyst aren't surprised at all that he was sacked because his fierce and ruthless Spurs that everyone knows hasn't been that fierce at all so far in this year's Premier League matches they've been featured in; they've played 12 games, 3 wins and are currently sitting 14th on the league table.


Now let's talk about the salary, Jose Mourinho, will be taking home £15 million every year which is almost twice the amount Mauricio Pochettino was being payed when he was in charge.

Mourinho's contract with the club would expire at the end of the 2022/23 season.
SPORTS